There is something inherently pure about a film that stays true to itself and doesn’t muddy the waters with a bunch of mixed messaging. Enter Blade of the Immortal, the 100th film by legendary Japanese Director Takashi Miike (known to western audiences mostly for Audition). This movie is based on the original manga by Hirokai Samura, which was also adapted into a anime series. It follows the path of Manji, a samurai who was cursed/gifted with immortality and his mission to aid a young girl in her quest for vengeance and finally find a warrior’s death. Make no mistake, this is a slash em up of the highest order. Think Shogun Assassin meets Kill Bill. While it may not be for everyone, it certainly excels in its genre and was an official selection at the Cannes Film Festival. 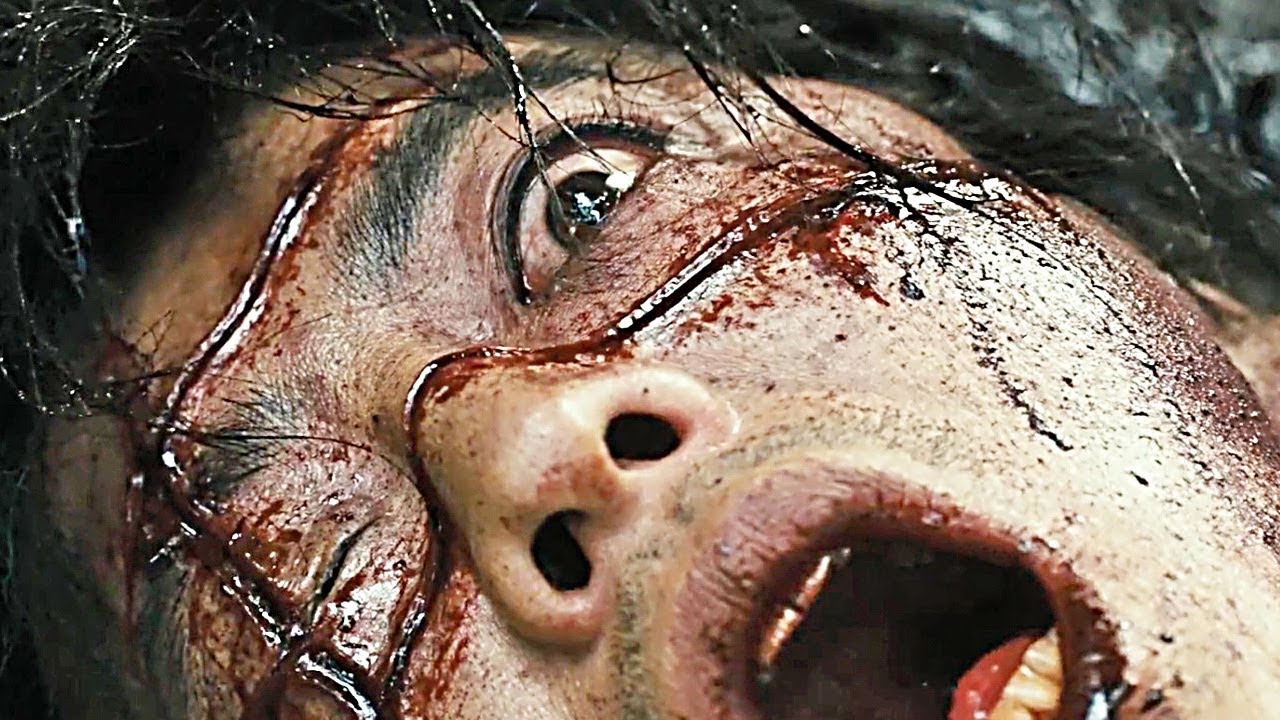 While western cinema braces itself for the impending awards season, it’s refreshing to see something completely from the opposite end of the spectrum. Miike’s highly stylized take on feudal Japan is visually stunning, packed with intense action sequences and laced with just the right amount of levity. However, Tetsuya Oishi’s script and the Miike’s narrative style seemed out of sync at times. The intensity of the action mixed with an odd use of flashback sequences often left me wondering what exactly was going on but, once I had some time to reflect, the overall picture became much more clear. Even so, the linear plot allows you to just hang on and enjoy the ride without needing to figure much out.

This film was put together with a relatively small crew given the scope of some of these scenes, but it’s a valuable lesson in quality over quantity. Kôji Endô crafted a fierce and relentless score for this project which elevated the amazing choreography of the protracted sword battles. Hiroshi Kiwanami designed some perfectly minimalist sets for this story to unfold, both in urban and rural areas. Stripping away distraction from the surroundings helped to narrow the focus on the characters at the center of the story. Yûya Maeda was essential in driving that point home, creating some elaborate and identifying costumes for these unique characters. In a world that is mostly devoid of color, the elegant and vibrant attire speaks volumes about the characters without saying a word. Kenji Yamashita had to have a critical but soft hand when it came to editing this film. The action shots are extravagant and drawn out, so piecing them together with one eye on continuity was no easy task. 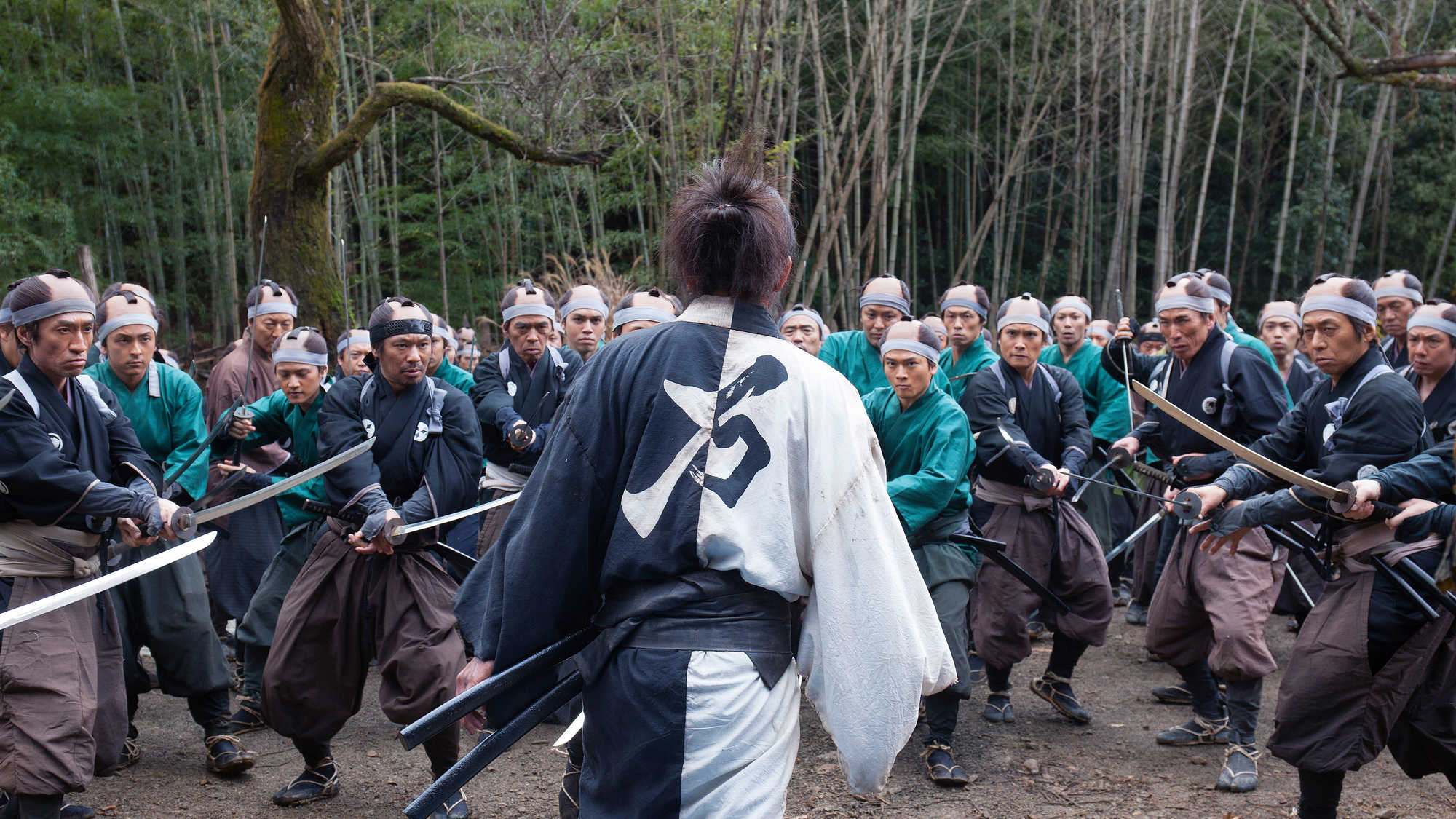 When considering the sheer dearth of humanity that went into some of these action sequences, it’s amazing to see that only two people are credited with stunts…Masayoshi Deguchi and Keiji Tsujii. Not to detract from the quality of their work, this would lead me to believe that the majority of the stunt work and choreography was done by the primary actors themselves. At the center of the action is our unkillable hero Manji, played by Takuya Kimura. He and his fellow samurai must have undergone extensive training and preparation to execute these scenes with such precision. Nobuyasu Kita didn’t cut corners while filming them either. His cinematography is very close quarters and shot in extended takes, accentuating the skilled swordsmanship on display. Kita’s style and the actors involved played an essential role in cultivating a level of authenticity which beats at the heart of this film, despite it’s mystical elements.

This is a good movie that’s great at a couple of things. It does an excellent job of showcasing its strengths and hiding its weaknesses. Some films are just meant to be fun, and Blade of the Immortal has that in spades.

Recommendation: If any of this even remotely peaks your interest, or even if your just tired of more of the same, then I suggest you check it out. It’s probably going to be tough to find in theaters, but keep an eye out for streaming options. While the violence is abundant and constant, it’s not much of a family film, but there’s some elements of family that drive the plot. This is a film I would have watched repeatedly when I was 12 (and probably still now), depending on your parenting style it might not be completely off the table.