Stories about exceptional people doing exceptional things will always be intriguing. It’s a big part of what makes the superhero genre so popular at the box office. However, heroism, in that form, is generally a byproduct of having special powers. What makes a genuine, real life hero is a much more personal and intricate experience. Unlike Patriot’s Day, the 2016 Peter Berg film connected to the same event, Stronger examines that journey and the implications that go along with being labeled a hero after the 2013 Boston marathon bombings.

This film centers around Jeff Bauman. A regular guy who happened to be, like many others, in the crowd near the finish line of the Boston Marathon when two homemade bombs were detonated. It’s not the story of a hero in the traditional sense and I mean no disrespect to Mr. Bauman in that regard. His identification of one of the bombers, while he was still hospitalized, was a proud example of not only the American spirit, but the human spirit, and pointed authorities towards the perpetrators. However, that isn’t what this movie is about. This story is about a guy who’s struggling deeply with tremendous survivor’s guilt and posttraumatic stress disorder after the events of April 15th 2013 changed him, his family, friends, the city of Boston and the United States as a whole.

The honor of playing Bauman fell to Jake Gyllenhaal who delivered another in a long line of high quality performances over the years. There was plenty of opportunity for Jake to show his range and sense of humor when the occasion called for it, but it was his uncanny ability to manifest of a tactile world of pain and confusion just behind the eyes which really stands out. The wretched despair that haunted him throughout the majority of the performance must have been tough to balance. All year I have been waiting to see if anyone would challenge James MacAvoy as the favorite to win Best Actor and Gyllenhaal’s portrayal should, at the very least, do that. While MacAvoy was clearly a mesmerizing on-screen presence throughout Split earlier this year, he was a completely fictionalized character which gave him much more freedom and leniency. Comparatively, Jake’s performance tapped into a humanity inherent to the role. Playing a survivor of a real life tragedy comes with obstacles and restraints but one scene in particular encapsulates the weight of the character as his emotions spill out in a torrent, practically pouring out of the screen. It will be interesting to see how the awards committees choose to weigh the performances against one another at year’s end. 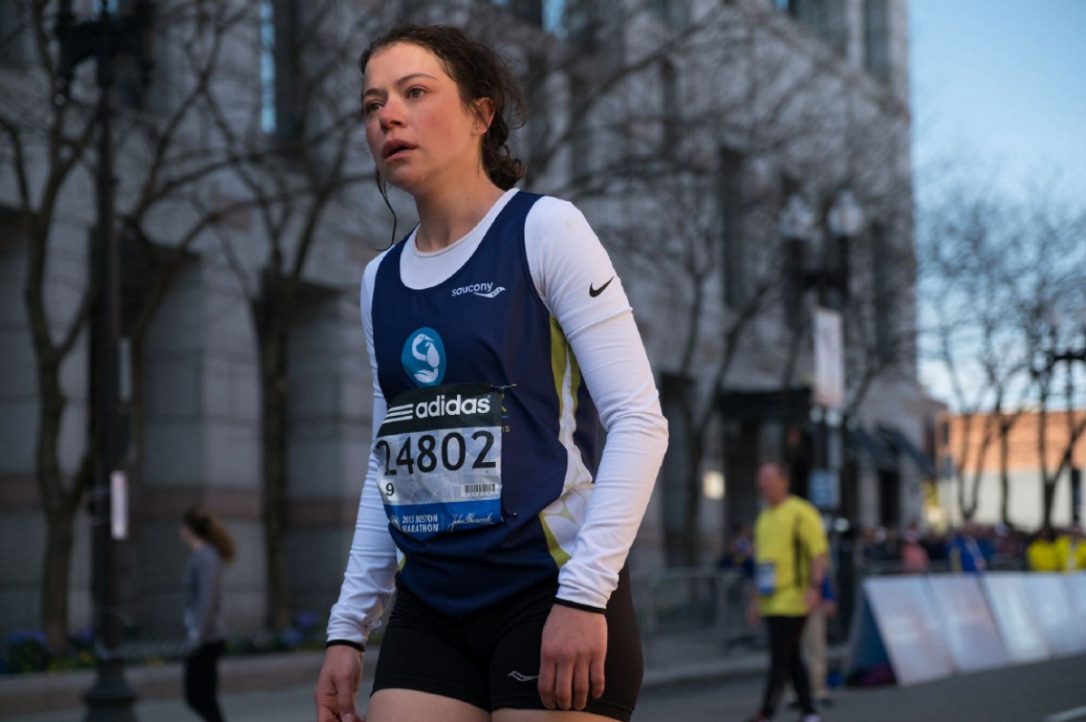 As good as he was in this film, Tatiana Maslany stole the show. She plays Erin Hurley, the on-again/off-again girlfriend whose participation in the marathon was the reason for Jeff’s presence. In many ways her character is deeper and more complex….more nuanced and intricate because she volunteers her involvement. There are many layers of love and guilt which she must navigate, as well as fragile relationships with the Bauman family and her own. Her relationship with Jeff was filled with uncertainty before the tragedy and only became more difficult to manage afterwards. Maslany’s full emotional spectrum is on display here as she takes on some heavy subject matter. Her chemistry with Gyllenhaal isn’t spectacular, but it’s good enough to be a non issue and let the strengths of the characters take over. She may have been on your radar from the Netflix series Orphan Black, but she’ll quickly become a household name as she likely leapfrogged to the front of the line for Best Actress.

The supporting performances were strong across the board and Deborah Aquila, Lisa Lobel, Angela Peri and Tricia Wood cast a good group of actors that made the film feel authentically Bostonian. Most notably was Miranda Richardson in the role of Jeff’s mom Patty Bauman. It’s difficult to imagine her position and she wasn’t painted in a positive light in the film either. That being said, she did a remarkable job commanding the scenes she was in and had some great verbal sparring matches with Maslany. The dichotomy between the two made for a volatile dynamic on screen which was fun to watch despite the seriousness of the subject matter. Clancy Brown, one of the great character actors, had a surprisingly dominant (although limited) role as Jeff’s dad opposite Richardson. There are hard implications about the lack of relationship between the two and watching the them on screen felt familiar. With everything on the table for their family, they still managed to provide some much needed levity when called upon.

David Gordon Green, yes the guy who directed Pineapple Express and Your Highness, sat in the director’s chair on this film. His sense of humor fit well and helped to establish the Boston charm from the beginning. After all, if the audience can’t identify, or at least sympathize, with the lead character then the entire project would be doomed. Green did a very good job giving the audience someone to cheer for and humanizing him appropriately. However, the narrative does seem to bog down and lose focus in the middle portion of the film. While it was important to establish the central realities of the plot, it just felt like it was spinning its wheels at times. Most importantly, he pulled some fantastic performances from his cast and that’s really where the heart of the film lies. Working from the John Pollono screenplay adapted from the book by Jeff Bauman and Bret Witter, there is no lack of authenticity here. Pollono captured the central aspects of the characters and injected enough Boston to make it reminiscent of Good Will Hunting in certain instances.

Quite frankly, this film is difficult to watch in certain moments. Much moreso now with the recent mass shooting in Las Vegas. A lot of the themes are frighteningly familiar, not just because of the carnage, but because of the physical, mental and emotional toll inflicted upon all those who were affected. Mr. Bauman spoke recently as part of a panel on Megyn Kelly TODAY, offering words of encouragement and advice to the victims of the Las Vegas attack.

At the end of the day, Stronger is just a movie. A good film that has a chance to win some prestigious awards at the end of the year, but carries a lot more weight with it, especially now, serving as more than just a flippant distraction. This film can be uplifting, but it’s a journey filled with some tense moments. There is value in this. Whether it be a lot or a little is dependent on the audience. 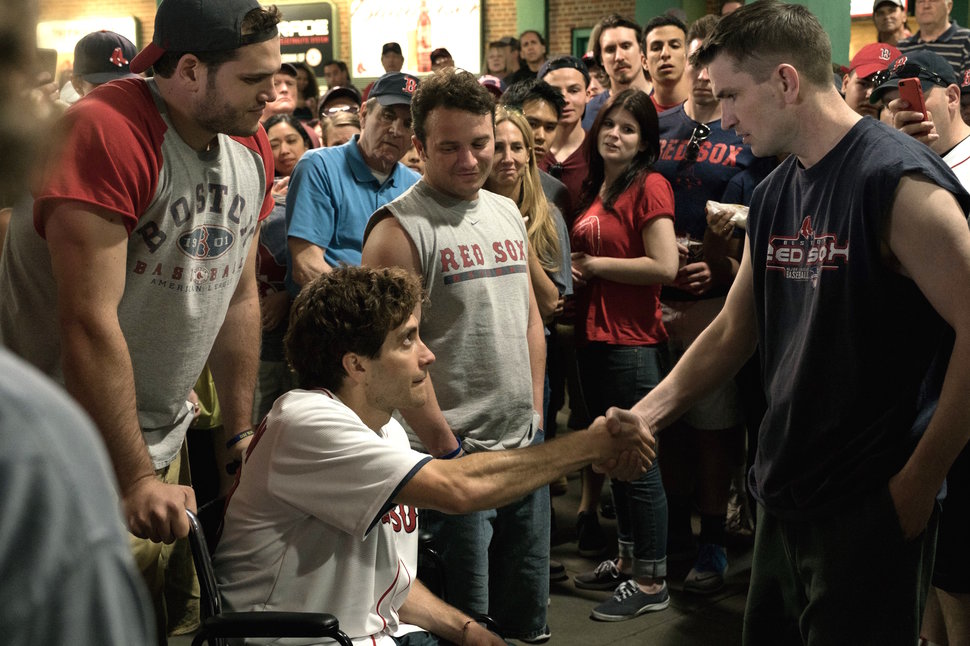 Recommendation: This film is worth seeing. There is a lot on the table and the acting performances really shine through without being clouded by the production elements. The nature of the story requires some graphic scenes of gore, it’s not overblown or showcased but it’s still tough to stomach. Family is at the forefront of this movie, but it’s probably too intense for younger children.