Starting with the opening credits, this movie reeked of over-production. It didn’t shy away from mimicking the style of the Mission Impossible franchise, from the European setting all the way down to the choice of font for the text overlays, and that soured the entire experience from the jump. It was likely done intentionally to poke fun at those films, but the joke doesn’t land because the rest of the film continues down that path. Strangely enough, it feels like it’s both making fun of the MI franchise and copying the style to access that high-octane action fanbase. As a result, The Hitman’s Bodyguard the misses mark on both fronts and embarks on a tonal nightmare from that point on. 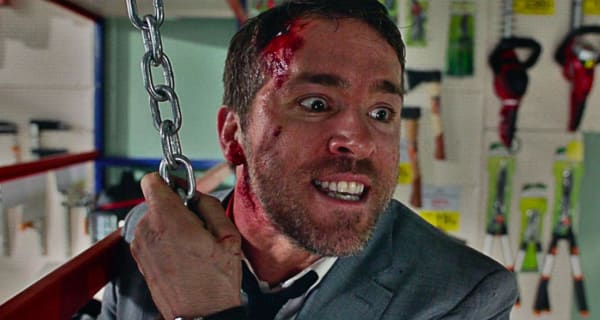 Pinpointing exactly where things went awry with this seemingly straightforward idea isn’t easy, but I would say the problems start with a weak screenplay by Tom O’Connor. Firstly, the characters aren’t great. Reynold’s Michael Bryce is an executive protection agent and control freak whose motivation to regain lost accreditation only reinforces how shallow and hollow the character really is. Jackson’s Darius Kincaid is slightly better. At least his infamous, international assassin has a heart but his cavalier and nonchalant approach to everything requires a big leap of faith from the audience to make him even remotely believable. Unfortunately it’s difficult to pull for the pair to succeed, which should have been the easiest part. Having a menacing villain should help that along and O’Connor did write an excellent one for Gary Oldman, a Belarusian dictator on trial for all sorts of terrible human rights atrocities, but he simply isn’t featured enough. It’s a complete wast. While he appears to be the biggest plot point when the film begins, he quickly becomes a tertiary player as both Bryce and Kincaid have redemptive love stories that take precedence. Speaking of the romantic angle, Salma Hayek was one of the most enjoyable characters to watch but still felt more like a punchline than a fully flushed out person.

Secondly, the dialogue is nowhere near as strong as I expected. Sure there is plenty of sarcastic Reynolds zingers and Jackson’s patented “motherfuckers” to go around, but outside of a few instances it left much to be desired from a fan’s perspective. In the first third of the movie, the two are stuck together in a small shitty car and forced to interact as they travel the backroads of Europe. This is when the movie is at it’s best, just the two of them playing off one another in an uncomfortably small and intimate setting. Sadly, this portion of the movie is short lived and rapidly degenerates back into incredibly graphic shootouts with uncomfortably blase banter between the stars. Considering what’s unfolding on screen, the lighthearted nature of the dialogue doesn’t fit and kind of makes you wonder what exactly it is you’re watching. Without committing to rated-R action flick or buddy comedy completely, the movie doesn’t succeed as either and leaves an awkward dissatisfaction by the end.

Although the script could have used some help (mostly with the dialogue), Director Patrick Hughes didn’t do his movie any favors when it came to marrying the elements together. He had only done a couple of full length features, one of which was The Expendables 3, which may explain the completely over-the-top action sequences throughout. The action sequences aren’t bad despite being a bit far fetched, but the movie is drowning in it. The last 45-minutes of the movie is basically one elaborate chase sequence which effectively undermines the little character development that exists prior. At some point, certainly by the time the film was in the editing room, Hughes should have realized that the movie wasn’t playing to its strengths. For my money, a stripped down, character driven story with poignant action would have made for a better final product. It did manage to win its opening weekend, pulling down $21-million in the process against a $30-million budget, but I get the feeling word of mouth won’t do it any favors.

The action in this film is top notch and the stunt team deserves a lot of credit for their role in what actually works well. If it were a serious action flick, the sequences would have been right at home. Nonetheless, they were some of the more impressive and innovative elements of the project which should make them very proud as they look back at their work.

When I heard Sam Jackson and Ryan Reynolds were doing a buddy action comedy together, I was sold. I didn’t feel the need to waste time watching the trailer because I thought it was self explanatory…and to a certain degree it was. However, I can’t help but feel there was a lot missing. Looking back, it feels like the producers just threw Deadpool and Safe House into a blender and just hoped the two stars would carry it the rest of the way.

Recommendation: If you’re in the mood for intense action with some laughs, you could find worse ways to spend your money. It manages to be an entertaining mess even with all of its flaws. This isn’t one for the whole family as the violence is pretty graphic and the characters are pretty laid back when it comes to brutally killing folks.