As Summer blockbuster season finally winds down, the landscape for awards season is beginning to take shape. Kathryn Bigelow’s latest directorial effort set during the Detroit riot of 1967 is likely to be one of the last films standing for Best Picture consideration at year’s end. Fifty years after the events in Detroit, much of the thematic imagery and many social implications remain prevalent today.

The Academy Award winning director has a developed a filmmaking style which plays it very close to the vest…raw, emotional and character driven. That narrative style has served her well with military dramas The Hurt Locker (2008) and Zero Dark Thirty (2012) and it translates wonderfully to this period piece also. The film begins with the police raid on an after hours bar called “blind pig” and follows the ensuing civil unrest, focusing specifically on a small group of young people inside the Algiers hotel. A very strong documentary vibe is evident right away because Director of Photography Barry Ackroyd worked with Bigelow previously on The Hurt Locker and his laissez faire, Steadicam cinematography brings a very rich character to the scenes.

Screenwriter Mark Boal has written nothing but strong, thoughtful scripts so far in his career. He took home the Oscar for best original screenplay for The Hurt Locker and very nearly did it again four years later with Zero Dark Thirty, so it’s no surprise Bigelow turned to him once again. Much to his credit, Boal understands how to tell important (but not necessarily epic) stories focused through the characters rather than around them. Comparatively, Dunkirk tells an epic war story without much in the way of its characters’ personal journeys and the result is a somewhat disengaging experience, despite the brilliant filmmaking effort from Christopher Nolan and company. I think it’s an important distinction to make as the two films will likely be going head-to-head for the film industry’s most prestigious award come March 2018.

The strength of Boal’s screenplay is echoed by a wide range of strong performances from a stacked cast. Victoria Thomas put together a group of young and talented actors who fit together wonderfully to tell this story. She continues to excel as a casting director and has a particularly keen awareness for casting groups with potent chemistry. The breakthrough star of this ensemble has to be Algee Smith as Larry Reed. An up-and-coming singer and member of the Dramatics, his journey is most central to the themes present throughout the film. Considering the majority of his experience has been on television, Smith was fantastic in this film. He certainly wasn’t the carrying the it on his own, but his unshakable charisma placed a beating heart at the center of the experience. His stellar singing voice added another layer of authenticity to the role and eventually the soundtrack where Smith teamed with the real life Reed to record “Grow”. I would be surprised if he didn’t have multiple projects lined up through next year.

Every coin has two sides and in this case, the other side of the coin is Will Poulter. He played Philip Krauss, an openly and aggressively racist amalgamated patrolman for the Detroit Police Department who quickly escalates every situation he’s involved in. The quality of Poulter’s portrayal is marked by how intensely loathsome he is to watch… cringeworthy. His often terrifying rendering is made more frightening by the knowledge the character probably isn’t too far from reality. As the default main character, the role is sure to garner attention and likely to put Poulter in the conversation for Best Supporting Actor.

As if one aggressively psychotic police officer wasn’t bad enough, Poulter was flanked on both sides by Jack Reynor and Ben O’Toole playing Demens and Flynn respectively. While there are a few scenes where it appears Demens is less than thrilled with Krauss’s behavior, those are quickly swept under the rug and he becomes part of a larger three headed monster. Moreover, Flynn is constantly upping the ante when it comes to violence and urges Krauss along every step of the way. He actually seems to be the one enjoying it the most, which is why it makes for such a strange turn when both he and Demens are suddenly struck with inescapable guilt. Despite that bizarre plot point, both men did a good job of making the audience despise them.

Not to be forgotten or out performed, John Boyega plays Melvin Dismukes, a private security guard caught between his community and his sense of responsibility during the riots. His stoicism is put to the test as a witness to some disturbing sights while trying to play peacekeeper. Despite his attempts to basically stay out the way, he ends up right in the middle of the action and finds himself at the center of the investigation into the events of that evening. Throughout the film Boyega delivers a performance in tone, posture and cadence that is eerily Denzel Washington-esque. Everything I didn’t like about his performance as Finn in The Force Awakens was undone. He was measured, calm and collected while still managing to convey swirling internalized conflict. I would like to see him take on more in the way of heavy dramas and after this role there should be ample opportunity if he can fit it into his schedule. 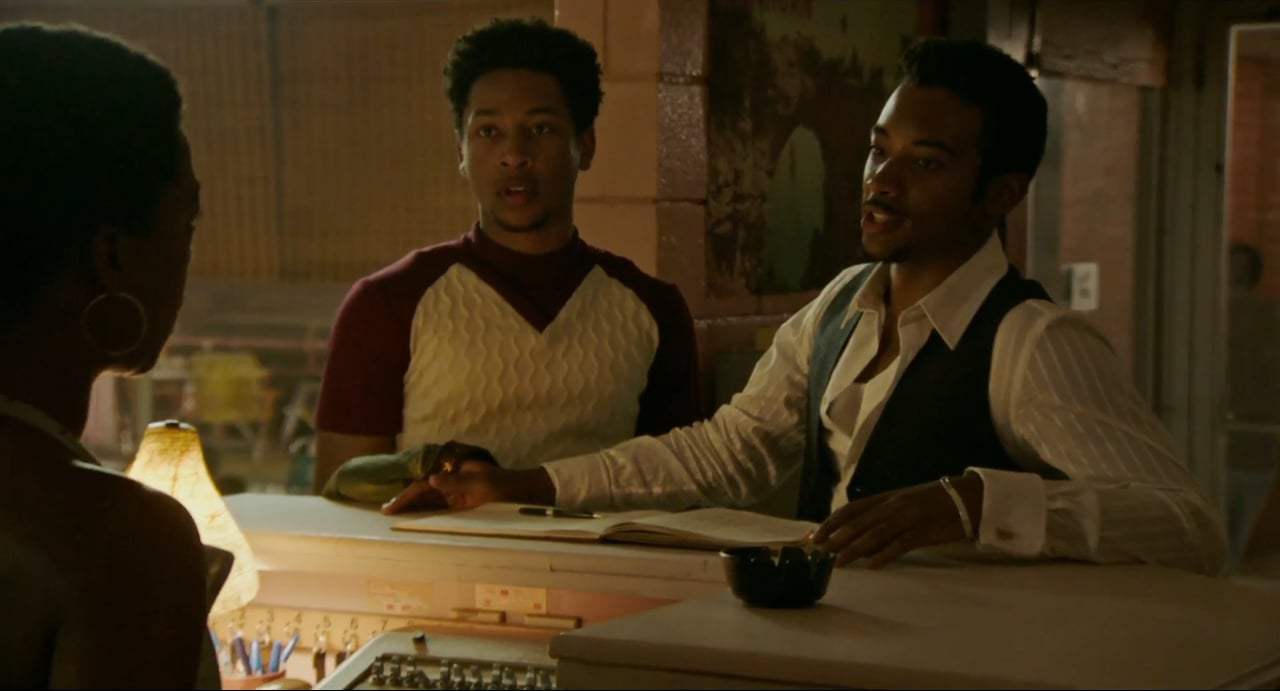 Going in, I didn’t realize Jacob Latimore was in the film because I didn’t notice him in any of the promotion…but it was a pleasant surprise. He broke out as a promising young star in Sleight which I reviewed earlier in the year and thought he had potential for more good roles in the future. In a supporting role as Larry’s friend Fred, he commands attention in all his scenes despite never being the center of attention based on the script alone. He just has the “it” factor. Jason Mitchell is another one of these bright young stars who truly shined in this film. Made famous from his role as Eazy-E in Straight Outta Compton, he was almost unrecognizable in this film. His character Carl was essentially the catalyst of the entire plot and Mitchell delivers an almost transformative performance to drive it home. Anthony Mackie serves as a kind of father/big-brother figure playing Greene, a soldier trying to unwind after returning from war and ultimately winding up in the same place at the same time. It was a different position for him, but he pulled it off and brought stability and maturity to a very young cast. Rounding out the primary troupe were Hannah Murray and Kaitlyn Dever as a pair of young white girls caught up in the crossfire at the Algiers. Game of Thrones fans will recognize Murray and appreciate her performance as a strong and fiercely independent young woman…quite the opposite of the character she plays on the HBO drama. Given the circumstances, the ladies are on the receiving end of some particularly foul vitriol at the hands of the officers. Through it all, they adhere to their moral positions and lend vulnerability to the roles.

This film did a lot of things well, but fell a bit short of the best I’ve seen this year. With a hefty runtime of nearly two-and-a-half hours, this movie spends a lot of time chasing its own tail. The set up to get the story to the Algiers moves quickly but the events inside the hotel itself seem to bog down. The majority of the film is spent there, but loses focus. During this time Krauss seizes control of the situation and the film. The problem is the audience just ends up watching his cruelty and paranoia play out without any progress towards his own goal. Unfortunately, this situation is handled clumsily. With one murder on his plate already, he panics and aborts his position unexpectedly but then kills one more person on the way out. The character just gets lost in his own narrative and it leaves him looking confused. With all the tension and the build up, it seems a massive shortcoming to end the conflict without any substantial resolution. The ensuing details of the trial only serve to further reinforce the lack of clarity. Given that much of this film is admittedly dramatized, it fails to handle its loftier questions about social injustice and inequality in a deeply satisfying manner. Rather, it settles for showcasing the all too familiar violence which has sadly become commonplace in our society.

Recommendation: This film is definitely worth checking out. The cast is stellar and the acting performances across the board really drive the film and the documentary style gets the audience invested. An older couple a few rows in front of me walked out on it about 45 minutes through, so it isn’t going to be for everyone, but everyone else stayed and the film was met with much applause when it ended.