Underneath the blockbuster exterior, the summer of 2017 has been quietly stacked with period dramas. Lady Macbeth sneaked into theaters without much fanfare, but significant hype from the festival circuit. Based on the 1865 novella by Nikolai Leskov, the themes of subordination, duty and rebellion are strikingly poignant today.

There is an ominous tone weaved into the fabric of this film. After all, it’s a story of passion, betrayal and murder in the 19th century English countryside. Despite its buttoned down exterior and incredibly tense situational atmosphere, there is a jet-black sense of humor lurking beneath the surface that takes frightening control of the plot. Credit to Alice Birch who had the foresight to think outside the box and defy genre norms when she adapted the screenplay. The dialogue is relevant but not overtly comical (it’s not written to punchlines), which speaks largely to the strength of character design and situational humor. There are some very heavy scenes which are disarmingly funny, making for a fair bit of unsettling discomfort for the audience. For a first screenplay, Birch cultivated a very deceptive sense of security which plays well as the film reaches its climax.

William Oldroyd’s direction played a huge role in shaping that tone as well. Filling in the blanks left over from the screenplay isn’t always easy, but he did a wonderful job conveying body language and communicating that importance to the cast. As I mentioned earlier, the dialogue isn’t funny out of context, but Oldroyd brought these spectacularly awkward moments to life.

His job was made a hell of a lot easier thanks to the performance of leading lady Florence Pugh. Her ability to convey a multitude of emotions without more than a glance or expressionless stare paved the way for her character Katherine to jump off the screen. This was called a star-making performance for Pugh but, while it will absolutely send her stock skyrocketing, it wasn’t at all what I expected. Considering the context of the story, emotions are running high throughout. However, it’s her resolve and lack of emotional outpouring that makes this a standout performance for the young actress. 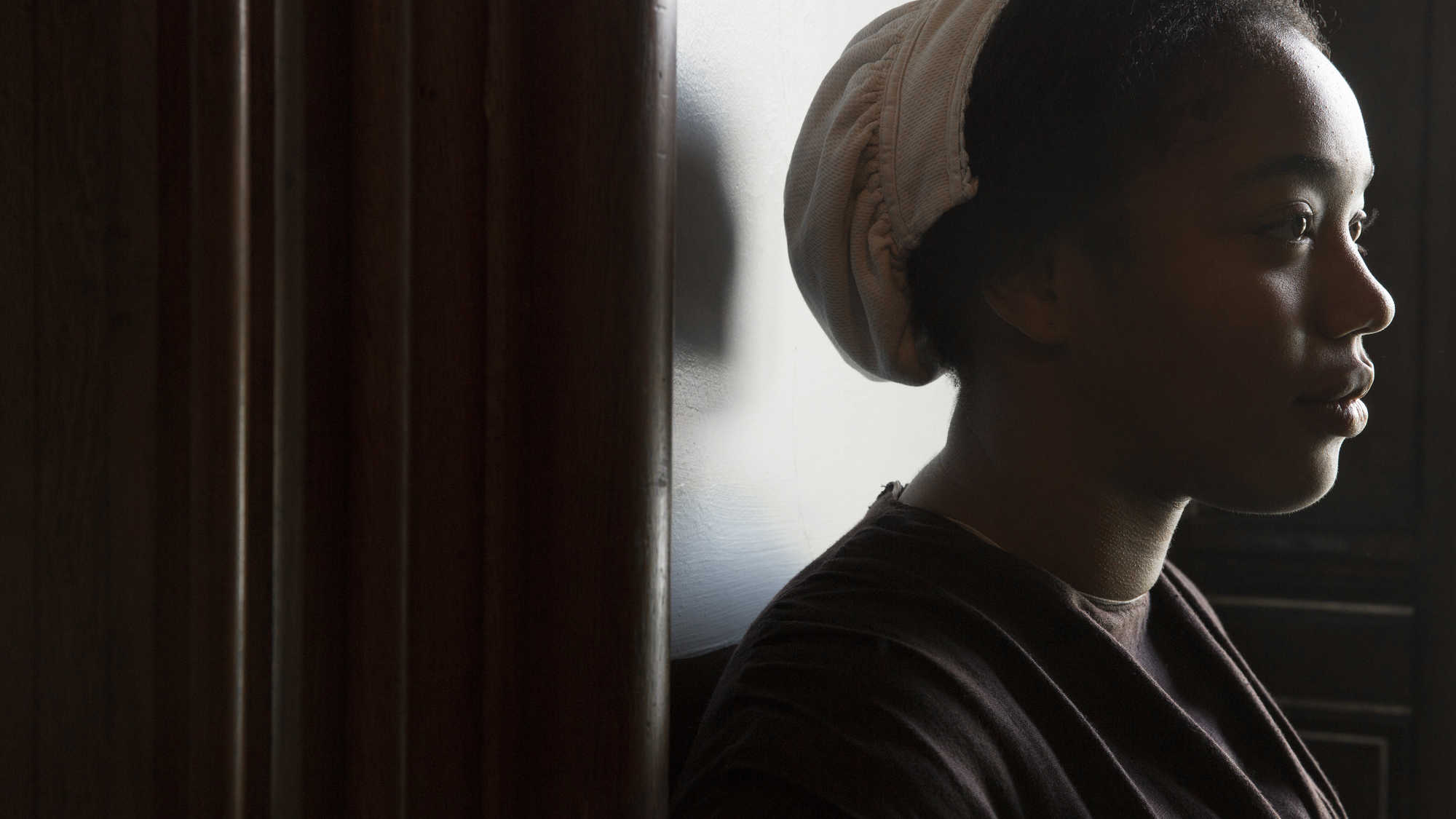 While Pugh got much of the attention, equally impressive was Naomi Ackie supporting as house servant Anna. The pair make for quite the odd couple throughout the twists and turns. Similarly to Pugh, Ackie does a remarkable job when she isn’t speaking. In her case, the character is basically a mute but serves as the primary witness to transgressions on the property. Stuck between a rock and a hard place, she must chose her loyalty wisely while the power dynamic rapidly shifts. There is a world of confusion and distrust behind her eyes waiting hopelessly for an end.

One of this film’s biggest strengths was the cinematography by Ari Wegner. Early on the camera is almost reflective. As the lead character is anxious, the steadicam is anything but. As she changes and gains more control of herself and her surroundings, the camera becomes fixed and stable. It’s a subtle but important aspect of the shot selection that goes a long way subconsciously. The interiors are often repetitive shots, while the exterior wide shots take advantage of the lush landscape. This juxtaposition helps to illustrate the monotony of her life in the house and the crushing depression of redundancy it brings to her. Dan Jones created a very powerful, yet subtle, original score to accentuate and heighten the emotion the characters are holding back. There’s a rumbling, like rolling thunder in the background. Without ever dominating any particular scene, the growling bass stirs the audience like the storm brewing inside of Katherine.

When putting together a period piece, costume design is usually of the utmost importance. Of course many other design elements come into play, but nothing visually defines an era quite like wardrobes. This was something Holly Waddington clearly understood and excelled at. There is an extra emphasis placed on the importance of clothing throughout the film. Whether it be Katherine getting her girdle tightened or the tattered rags of the workers on the property, there is a clear and defined class structure on display.

By film’s end you’re left with a bit of an empty feeling. There is just an absence of attachment to Katherine and you’ll understand why if you see (have seen) it. Her character isn’t exactly hard to relate to, but she isn’t winning anyone over regardless. While the filmmaking was well done across the board, there isn’t much to get excited about. I had high expectations for this movie, and although I wasn’t completely disappointed, there was just something missing.

Recommendation: This is a bit of a tough pill to swallow for a date movie. There is a romantic angle, but you’d really have to be a fan of indie cinema to commit to this. At only 89 minutes it’s not a drawn out bore, but could still prove a bit challenging.