The conflict between Earth, Mars and the asteroid belt intensifies when The Expanse returns for its second season on February 1st. Flying under the radar, it has helped to form a foundation for a Sci-Fi renaissance in both television and film. Built on the success of B-movies like Sharknado, Piranhaconda, and Dinocroc Vs. Supergator, Syfy Network has quietly fashioned a formidable lineup of quality original programming.

Although it has been described as Game of Thrones meets Battlestar Galactica, it’s actually more Total Recall meets True Detective. Based on a series of novels by James S. A. Corey, season one follows two different sets of characters as they attempt to unravel a series of questionable events unfolding before them. On one end there’s detectives Joe Miller (Thomas Jane) and Dimitri Havelock (Jay Hernandez) investigating the disappearance of a business tycoon’s daughter. As they attempt to track her down, they are faced with violence, resistance and corruption. On the other end there’s Jim Holden (Steven Strait) and several members of (an ice hauler) the Canterbury. They are involved in a destabilizing incident with far reaching consequences for the already rocky alliance between Earth, Mars and the Belt. Political forces on all sides have much at stake, victimizing those in the middle and bringing wide spread conspiracy theories to the forefront.

John Papsidera did a great job with the casting, utilizing a strong blend of talented veterans and fresh faces. Thomas Jane fits his role snuggly, reminiscent of private detectives from noir tales. Steven Strait grew into his character over the course of the first season. I was skeptical at first, but as the season progressed he became the lead which the story was built around. Shohreh Aghdashloo is fantastic in her role as a UN assistant undersecretary with a voracious political appetite. Jared Harris  is also brilliant, bringing his wide range of experience to the table playing Anderson Dawes, the leader of a growing rebellion representing citizens of the Belt.

When it comes to Sci-Fi on television, I’m usually weary of production quality getting in the way of the cohesion. Thankfully that’s not the case with this show. The art direction, set design, costume design, and computer generated effects all marry nicely. Most impressive among the group is the set design by Anthony A. Ianni. Artistic and futuristic, equally colorful and dark when the occasion calls for it. Peter P. Nicolakakos does a very good job with the set decoration as well. The subtle use of CGI goes a long way and plays more of a tertiary role to the story and characters rather than relying on visual effects to make up for the lack thereof. The series cinematography does great work showcasing much of the artistic nature of the show’s design. 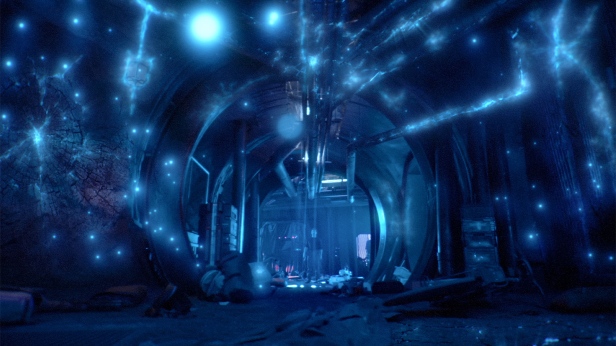 This show will only continue to grow in popularity and quality as long as the same team stays together. There is a large sweeping story to tell and the characters involved are all evolving as well. Now is a great time to sit down and binge watch the first season and join the rest of the fan community as season two kicks into full swing. You can check out the season previews below.