This film was referred to by many as “The Farting Corpse” movie. I think that knee-jerk cursory descriptor shut down many potential viewers and overlooked the heart of movie. It has a lot of charm and actually tackles some serious subject matter. The pseudo-title isn’t inaccurate though, there is most certainly a farting corpse prominently featured throughout the film. However, it’s not at all what the film is about.

It’s about a young man, Hank (Paul Dano), on the verge of suicide. Lonely, depressed and completely lost within himself. As he prepares what would be the final moments of his life, a body (Daniel Radcliffe) washes up on the beach before him. Caught somewhere between self loathing and a sense of responsibility to his fellow man, he begins a journey of healing and self discovery.

The first film full length feature by writers/directors Dan Kwan and Daniel Scheinert is full of introspection, imagination and creativity. A peculiar amalgam of Cast Away and Weekend at Bernie’s with a dose of Sam Raimi. Somehow, it succeeds on multiple levels. Bizarre and heartwarming, hilarious and profound. The film making pair have a keen and boyish sense of humor evident throughout the screenplay, but much of that is subterfuge for the emotional mass. They achieved something difficult and rare here. A peek into the shadowy parts of the human psyche, starting at rock bottom and climbing the incredibly unconventional path back. Additionally, as relatively green directors, they did a remarkable job with the young veteran actors.

Both Dano and Radcliffe have critical acclaim and commercial success under their belts. This film was unlikely to garner either, so it was a bold undertaking. Dano is diversely talented, displaying a wide range throughout his career. His nuanced performance speaks to the emotional gravity on his character’s plate, riding the fence between insanity and salvation. By far, some of the best work I’ve seen from Dano in his young career. For Radcliffe, it was another on the growing list of ambitious efforts to shake the Harry Potter character. Undoubtedly grateful and gracious for his success, his recent character choices are far removed from the mostly milk-toast wizard that brought him fame. He has displayed a good sense of humor and a natural comedic timing which he utilized with precision for this film. Playing a semi animated corpse named Manny was difficult enough. Even more so when that dead body is tethered to another’s fragile construct of reality. That said, Radcliffe delivered a brilliant performance. The pair worked exceedingly well together and built a tangible bond, akin to brotherhood, resulting in a one-of-a-kind coming of age buddy comedy.

Cinematographer Larkin Seiple drew out all the natural beauty from the environment. Set mostly in the woods, rich with greenery, he managed to avoid redundancy. With many other films with similar settings, the cinematography gets lazy and much of what we see on screen looks the same. Repetitive and uninspired. Seiple maximized his surroundings and made it feel more like a grand adventure than a stroll in the woods. Kelsi Ephraim similarly had a daunting task in front of her as set decorator. The characters weren’t camping and the set had to reflect the hectic and scavenged lifestyle they were enduring. Often times, the sets are elaborate and unbelievable given the circumstances but quite charming nonetheless. Ultimately they lend necessary character to the film’s aesthetic and provide strong visual detail with their own backstory. 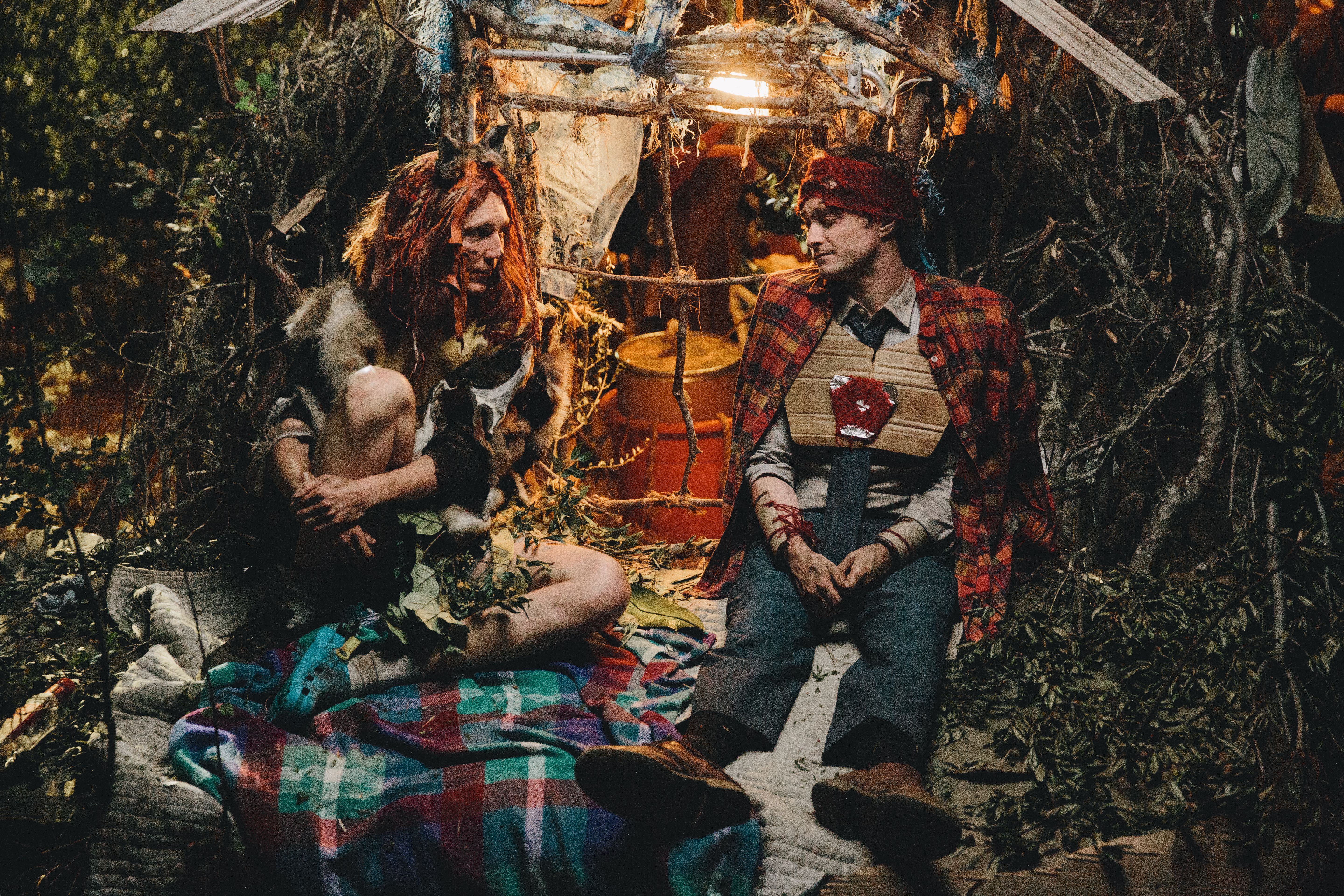 One of the most impressive and refreshing aspects of this movie was the phenomenal work done by the visual effects and stunt coordination teams. This wasn’t a big budget film with money to burn, the effects had to be practical. As the title of the film begins to come into play, we see that Manny has some unique abilities and bringing those to life was a unique challenge. This is really where the Sam Raimi influence can be seen and felt. The practical application of the sometimes revolting effects and stunts resulted in comedic gold. I quite literally laughed out loud on several occasions, which even most comedies can’t make me do. This was really a team effort with all the participating members believing in the goal.

This isn’t the kind of movie you’ll come across on a regular basis. It’s a rare gem that fell by the wayside as the surge of awards contenders made their run towards the end of 2016. Everyone involved clearly had a good time making this movie and it’s contagious. Sure absurdity runs wild, but that’s the point. Unfortunately, many felt the humor was too crass and just weren’t able to let it go and connect to the beating heart of the film. Pound-for-pound, still one of the most enjoyable films of 2016.

Recommendation:  If you’re looking to have a laugh and aren’t shy when it comes to flatulence, you’ll enjoy this movie. Check it out for the ridiculous premise and spectacular cast. Stay for the creativity and the journey through loneliness and fear. It’s significantly better than it got credit for, but not likely to receive any recognition for any best picture awards.