Let me preface this by saying I’m a lifelong Godzilla fan (probably the one thing I truly geek-out over). From the 1954 original to the 2014 entry from Legendary Pictures, I’ve seen all the franchise offerings several times over. Japan’s Toho Co. hadn’t made a Godzilla film in 12 years, so the newest addition to the franchise came with much anticipation and lofty expectations. Shin Godzilla opened in Japan in July to much fan frenzy and box office success, earning upwards of $70-million. I was elated to hear the movie was doing well in its home country and eagerly awaited my chance to watch it. That opportunity came on October 11th when it debuted in North America. I had bought tickets well in advance, arrived early to the small indie theater in North Hollywood and still wound up sitting to the far left in the third row. The theater was surprisingly packed. Brimming with the raw, unbridled enthusiasm that only comes from the most dedicated of fans.

Toho needed to go big or go home with this particular reboot. Bringing in Hideaki Anno to helm the project was a gamble, but he’d drawn a sizeable fanbase from the Evangelion series and connected with a younger audience. A directing tandem with Shinji Higuchi, a friend of Anno and experienced kaiju film-maker, the two had a beloved franchise to live up to and a country to represent. Noticeably, right off the bat this movie has a much quicker pace than other films from the franchise. The story is centered around the government’s response to crisis situation (in this case, the first appearance of Godzilla) and much time is spent bouncing around various offices and the ministers who populate them. Inspiration came from the government’s handling of (or lack thereof) the 2011 Tohoku earthquake, tsunami and subsequent nuclear disaster. The film also stuck close to its 1954 roots with Godzilla being product of massive radiation pollution. After the creature’s first appearance, the government is handcuffed in red tape and bureaucracy. Unable to accomplish even the simplest of tasks without layer upon layer of needless approval. It’s political satire and funny too. Not just in passing, but genuinely humorous throughout the film. A stark contrast to the 2014 movie. That credit goes to Anno who wrote the screenplay. Anno and Atsuki Sato had their work cut out for them in the editing room too. Lots of quick cuts actually helped bring something to the otherwise stale environment of bureaucracy and titles.

Kosuke Yamada had an interesting task as cinematographer, having to make the most of the interiors at his disposal. Later on when Big-G is on screen, Yamada’s eye for framing and color really become apparent, but this isn’t your father’s Godzilla. The new body design is much more frightening than previous incarnations. From its lidless eyes to the more toothy deep set mouth, there is no mistaking this Godzilla for friendly. And unlike the recent American version, there is no attempt to convey the monster’s emotion. There are some truly beautiful and brilliant exterior wide shots of the big guy in all his glory that seared their way into memory. The kind of stuff I want to show non-fans. Really, just awesome visuals. A much more psychedelic Godzilla experience. 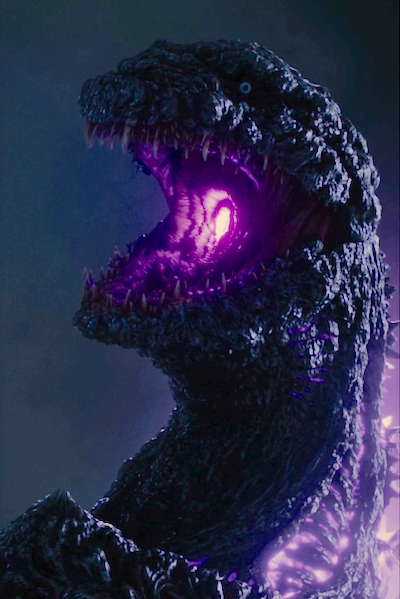 Once the movie is fully into the second act, it takes a more serious tone as the individuals working to fix the problems have banded together to look for a solution. Meanwhile, the Japanese government is sorting out military actions with the help of NATO and with little regard for the efforts of their own. With Godzilla flicks, acting isn’t the fulcrum point that makes or breaks it. However, this film does have some very strong performances and characters I would like to see revisited if Toho decides to continue with the newly reminted series. Hiroki Hasegawa plays Rando Yaguchi, a low ranking cabinet minister who must his wits to cut through miles of bureaucratic red tape. He shows real character development as the film progresses into its final act, shouldering much of the responsibility left on the table by the ineptitude of the government. There should be a continued role for Hasegawa shouldn’t the franchise continue in that direction. Mikako Ichikawa doesn’t play what I would describe as the female lead. Her character, Hiromi Ogashira, works for the Nature Conservation Bureau and serves to legitimize theories surrounding the giant monster. Ichikawa brings the right blend of serious and funny to the movie and hopefully her role can be expanded going forward. Mansai Nomura took on the iconic role of Godzilla himself, using motion capture to map out the movements. It is a far cry from the old school rubber suit approach, but a much needed change nonetheless. 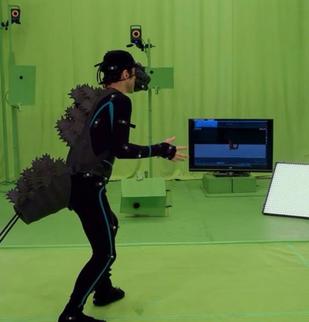 For all the things Legendary did well with the American reboot, Shin Godzilla upped the ante. The sheer size of the monster was the largest version ever seen on screen, and packs a few extra tricks that we haven’t seen from Godzilla before. Toho also brought back Akira Ifukube’s classic original score. If you are unfamiliar with the music, it’s hard to describe the impact it carries within the context of the film. Also, the original trademark Godzilla roar was used. It may sound unremarkable and/or unimportant, but it’s the details that have stood the test of time and endeared fans for decades. The marriage of imagery and sound brought it all back together in spectacular fashion. I liked the 2014 film, but this movie reminds us and the world that nobody can do Godzilla quite like Japan.

Recommendation: For those who haven’t been introduced to the Godzilla franchise yet, this one might be a little stranger than you’d expect. Fans of the franchise should enjoy this new incarnation even though it’s much different from the Japanese Godzilla films of the past. But if your first and only experience with Big-G is the 2014 American film, and you enjoyed it, then Shin Godzilla is worth seeing just to understand the different approaches to the same character.